STILL WAITING FOR THAT PENICILLIN MOMENT

Raising awareness levels through campaigns forms the first line of defence in the battle against cancer, writes Arunabha Sengupta 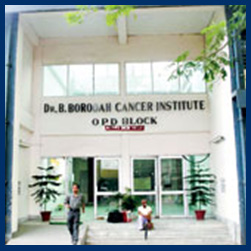 India is yet to work out the right way to introduce State assistance and the control of drug prices in the treatment of cancer, writes Arunabha Sengupta.

The war is becoming costlier each day, and the engagements are relentless enough to exhaust even handsomely provisioned families. The populace, treasuring in its memory such drama as the rush of a buoyant Archimedes, a Newton waking up from his reverie at the drop of an apple, or a Fleming fortuitously noticing how a mould had thwarted bacterial growth on a disregarded culture dish, naturally pines for such a ‘penicillin moment’ to arrive in the war against cancer — for an omnipotent cure for cancer to come about. But that is unlikely to happen soon. People will be better served if the focus shifts to campaigns for less burdensome treatment. Now viewed as a chronic disease, a target for containment with continued medication and posing a life-time risk to one out of roughly a dozen Indians, cancer will ruin countless families unless the State intervenes.

Admittedly, expenses can vary widely, cancer itself being a heterogeneous disease — the main reason why there cannot be one wonder drug to treat all kinds of cancer, or even all of one kind. The expense depends on the type of affliction and various other personal factors. The need of a care-giver to take leave and lose on earnings, a patient’s geographical location — many such varied factors add up, as a study from Delhi’s All India Institute of Medical Sciences has reported. Out-of-pocket expenses come to around Rs 35,000 per patient, despite free treatment in an aided set up. But, for the majority, what makes treatment unsustainable is the cost of the drugs, specially the branded ones, which can be a lot, as the companies want to recover their costs for research and development. It follows logically that a cancer drug with limited use and fewer sales has to be higher than a drug for, say, diabetes. And unless they can recover their costs, companies will not invest to make new drugs. Hence, the United States of America’s disapproval of price control and protection of drug patents through the TRIPS guidelines in the WTO agreement.

The moot point is whether patients must pay what is asked for. In most developed countries, the governments regulate prices through direct price control, by restricting the amount that is reimbursed, or by setting a cap, as Britain does, on the amount of profit that each drug can make. Paying 85 per cent of the cost of drugs in Britain, the NHS Trust directly negotiates the price of each drug with its maker under the Pharmaceutical Price Regulation Scheme, based on its ability to do good to a good number of people for a good enough time.

PPRS has been in place for the last 50 years, with reviews every five years under the guidelines of the National Institute for Health and Clinical Excellence and, very importantly, in consultation with the public and various other fora.

The NHS normally puts a cap at a maximum of 29 per cent profit on each drug, and drugs are selected on the basis of a Quality-Adjusted Life Year unit, by attaching a pound value to gains from each drug. Anything costing more than £20,000-£30,000 per QALY is not considered cost-effective and is disallowed for clinical use. Thus NICE disallowed marketing the drug, Bevacizumab, for breast cancer and Trastuzumab for stomach cancer for not being cost-effective, although they are marketed in other countries, including India. However, attaching more value to each life, NICE has also introduced end-of-life criteria, and now sets no threshold for expenditure in rare diseases. From 2014, PPRS will be a totally value-based appraisal system, which, if extended further, can lead to a very interesting proposition.

Turning on its head some drug companies’ practice of offering a few free ones after the purchase of a whole lot, this value-based system can say, “If your drug has worked, we pay in full, if it has not we pay less.” Most developed countries exercise price control and provide State funding for treatment through various social security schemes, and insurance is also a prime concern.

The US does not control drug prices, which makes the cost of treatment there very high (as is per-capita income). But schemes like Medicare for older people and Medicaid for low-income groups reimburse most expenses. People outside Medicare and Medicaid enjoy other insurances, now made further beneficial by The Affordable Care Act, 2010, and no leader dares to make a speech without addressing healthcare.

The empowered Group of Ministers chaired by Sharad Pawar has just approved the proposed National List of Essential Medicines, 2011, containing 348 drugs including about 40 cancer drugs to come under price control. The proposed formula will fix the price of a drug, averaging the prices of all brands having more than 1 per cent of the market share for the drug. This market-based weightage pricing formula can lower prices for a few costly drugs, but can also raise the price of several cheaper generic drugs. If the price of a drug was kept artificially high by a brand with a large market share, it will remain high.

It also allows ‘ever-greening’ — a minor change in the drug formulation to take it out of the list. The GoM has chosen to ignore the other options, suggested by many health experts and activists, of applying a cost-based formula factoring in the cost of production, marketing and a reasonable profit. Moreover, the NLEM 2011 is criticized for listing only generic drugs and not incorporating many recommendations of the Pronab Sen Task Force appointed by the GoM itself. Many, including the ministry of commerce, feel that the list should also contain life-saving and widely-used, but highly-priced, patented drugs. The department of pharmaceuticals has proposed direct negotiations with the makers much like the British system, but the committee set up by the DOP has not made any headway so far.

The NLEM and the draft National Pharmaceutical Policy, 2011, will now go for cabinet approval and for hearings in the Supreme Court to settle the PILs connected to it, a process that started way back in 2002. Till such time, the effective list is under the provisions of the Drugs Price Control Order, 1995, and lists only 74 bulk drugs and formulations containing any of these scheduled drugs.

Price control for anti-cancer drugs in India is non-existent, and patented drugs continue to cost Indian patients dearly, most costing more than a lakh of rupees per month. Herceptin, licensed in 1998, the first drug to use biological therapy targeting a growth factor present in one out of every four breast cancer patients, still sets back families in excess of Rs 10 lakh for one course. Present standards of care using personalized anti-cancer treatment with tumour-specific drugs usually also entail prolonged therapy, capable of impoverishing most families. The only positive instance of government intervention is the issuance of a compulsory license to Natco to manufacture Bayer’s kidney cancer drug indigenously under the provisions of the Doha declaration, which allows governments to issue licenses to indigenous manufacturers in deference to the original patent-holder if the price of the drug is too high, if it is life-saving, and the patent is more than three years old.

It is true that Indian companies have made cheaper generic versions of many off-patent drugs and even of some patented innovative drugs, but prices are still to high and the practice has been legally challenged. An adverse decision in ongoing cases between Novartis versus Cipla, and Bayer vs Natco for marketing cheaper generic versions of patented drugs can be catastrophic.

The government’s treatment assistance programmes like Rashtriya Arogya Nidhi in combination with state health assistance funds limited to a sum of Rs 1,50,000 and the health minister’s cancer care fund for treatment at regional cancer centres, both for only BPL families, so far have proven to be of little value. These plans do not reimburse expenditure already incurred and have granted aid to only 228 patients, all diseases combined, in 2009-10 nationally, against a national annual incidence of 11 lakh new cancer cases.

The allocation of Rs 13,000 crore under the Free Medicine For All scheme for patients attending government hospitals is still too little, and each state can determine its own proprieties, like maternal and child health and infectious diseases, to spend its share. The allocation of only 1.4 per cent of the GDP for healthcare in the last Union budged is the lowest among the BRICS countries and ridiculous compared to the US’s 17.5 per cent.

Wanting on both the fronts of price control and State support, in what direction is cancer treatment going in India?

Radical surgery practically means removal of a whole organ along with surrounding tissues and nodes,

The War to Save the World

Eating and other tips

People who generally eat well, sleep well, and try to stay well tolerate cancer treatment better. So one should take measures to ensure that.

make an appointment
Home   I  Profile  I  Services  I  Other Therapies  I  Eating & Other Tips  I  Prevention  I  My Publications  I  Clinical Photos  I  FAQ  I  Contact
Powered by: www.calcuttayellowpages.com